Well, it looks as though despite all Boyd's & Tim's sterling efforts to establish a TBH in Belper, the hive is dying out. There are probably only a couple of hundred left alive in stark contrast to Mike & Monique's Weston colony.

I took these photos today: 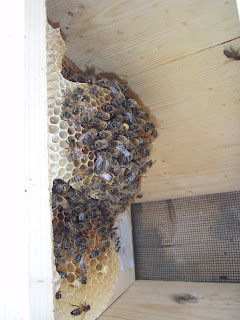 No sign of a Queen, no capped cells other than the odd drone. 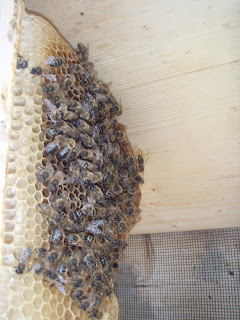 There were some Queen cells in the combs provide by Tim and some obviously hatched. What became of them, who knows. 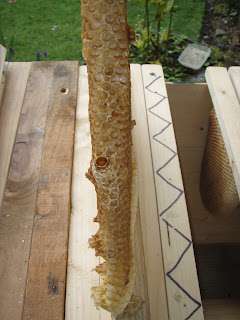 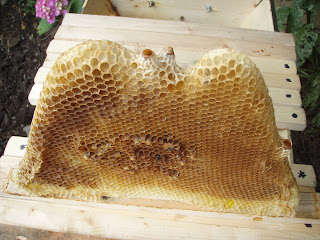