Well as Boyd called us (me) bee wranglers here we go ...
Today we were just about to set off on our weekly bike ride to cappuccino land , when Monique called Mike into the back garden and again we had another swarm starting , this 1 week after the last! 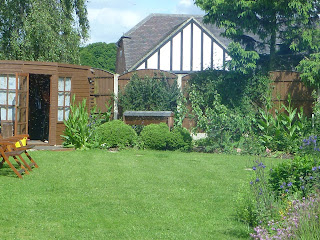 Zoom in for bees !

Well they decided not to bother our neighbours thankfully but swarmed in our hedge then settled on hanging from a dogwood . 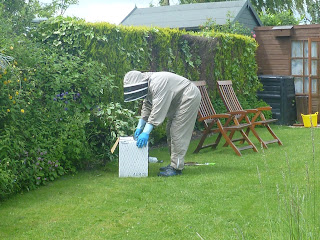 So we phoned Tim who was coming over to collect them and pass them on to their new beekeeper.
As you can see the only box we had suitable was Mike Guitar amp box so lets hope it doesn't need to go back! 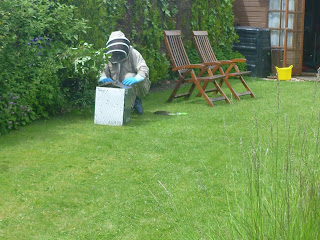 So Tim has the bees now and its up to some one else to continue this story board. 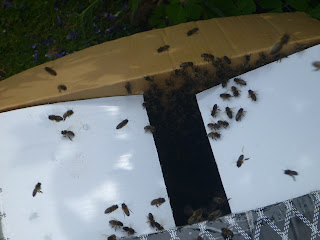 So the Vox pop (sorry) will continue hopefully , but we do have some questions. Are we unlucky to get a swarm a week later ? We did think this was a virgin queen flight at first but not the case , what are we likely to get next?